a special effect unto themselves - Boston Band Crush 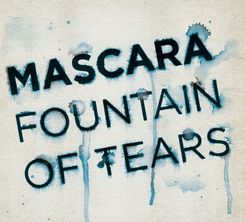 Christopher Mascara (yes, that is is real, unchanged name - or at least that's what he told us) is, above all, a showman. He's such a showman that the Rock Band guys (yes, Rock Band again) had him don one of those spandex suits with ping-pong balls on it to motion-capture his moves. "B261" is the real deal, however, with no digital animation or special effects.

This really isn't a problem, Mascara is a special effect unto themselves. Each song - and this one is no different - is like its own little mini-show. Maybe that's what they're getting at with the title of this record (that comes out in five short days) - Mascara seems able to flip a switch and launch a fountain of tears, laughter, hysteria and every other extreme emotion with little effort. "B261" is no different, hitting like a series of explosions embodied not just in Mascara's vocal calisthenics but the entire ensemble's ability to ramp things up, explode, and then simmer for a while before the next trip up the ramp.

"B261" is like a repeated series of trips up and down, jumping off a ledge only to dust itself off and do so again, and bringing us along for the ride the whole way. We get the feeling that you'll want the full picture on this one, so you can catch Mascara on January 29 at the Middle East. It'll be hard to miss them.